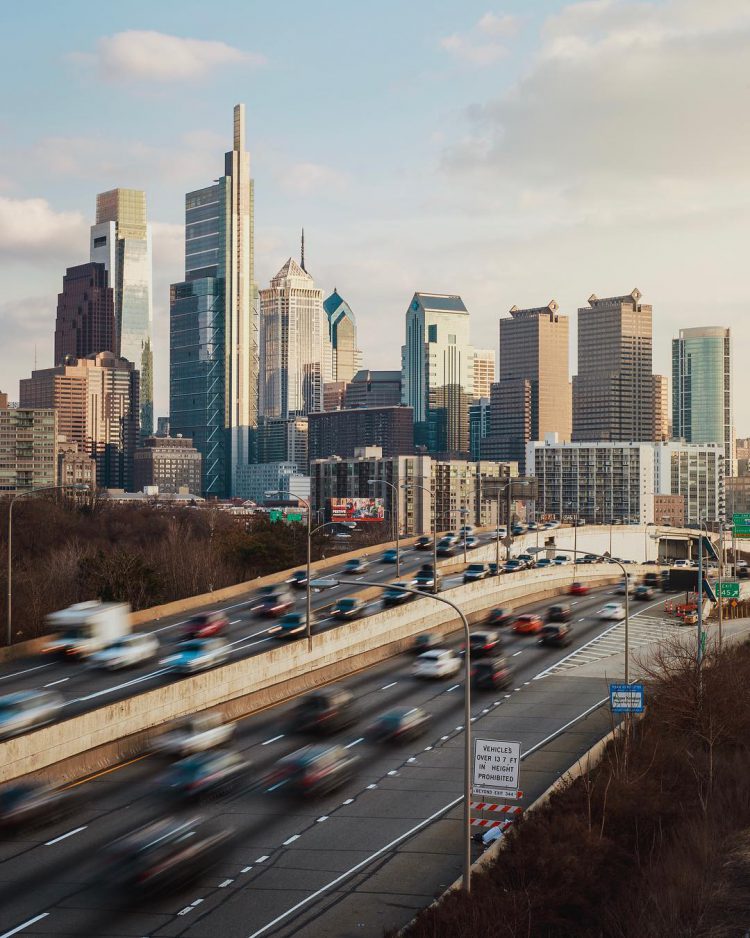 From devouring cheesesteaks to taking in all of the history of the nation’s first capital, there’s a lot to love about Philadelphia. Check out these nine spots to ‘gram for breathtaking views, quirky art pieces, historic buildings, and much more. 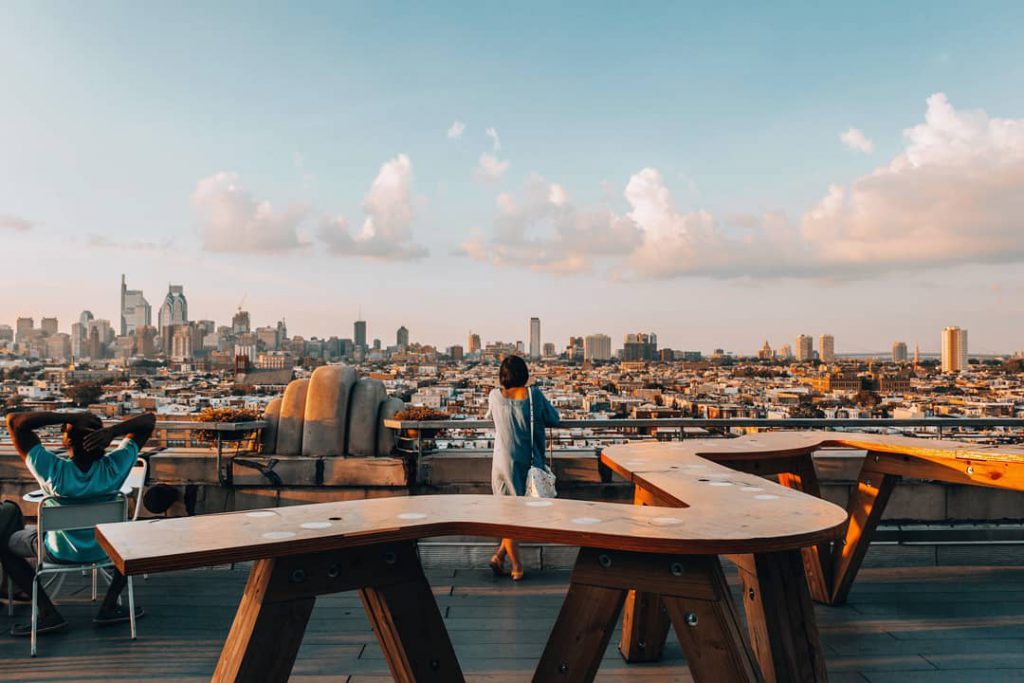 Want some incredible views of that classic Philly skyline? Head to Bok Bar, which sits in a former vocational school that was restored and transformed into a creative and entrepreneurial marketplace in South Philly. In the warmer months, you can head to the top floor and take in the entire skyline at sunset. By @ashleysinha 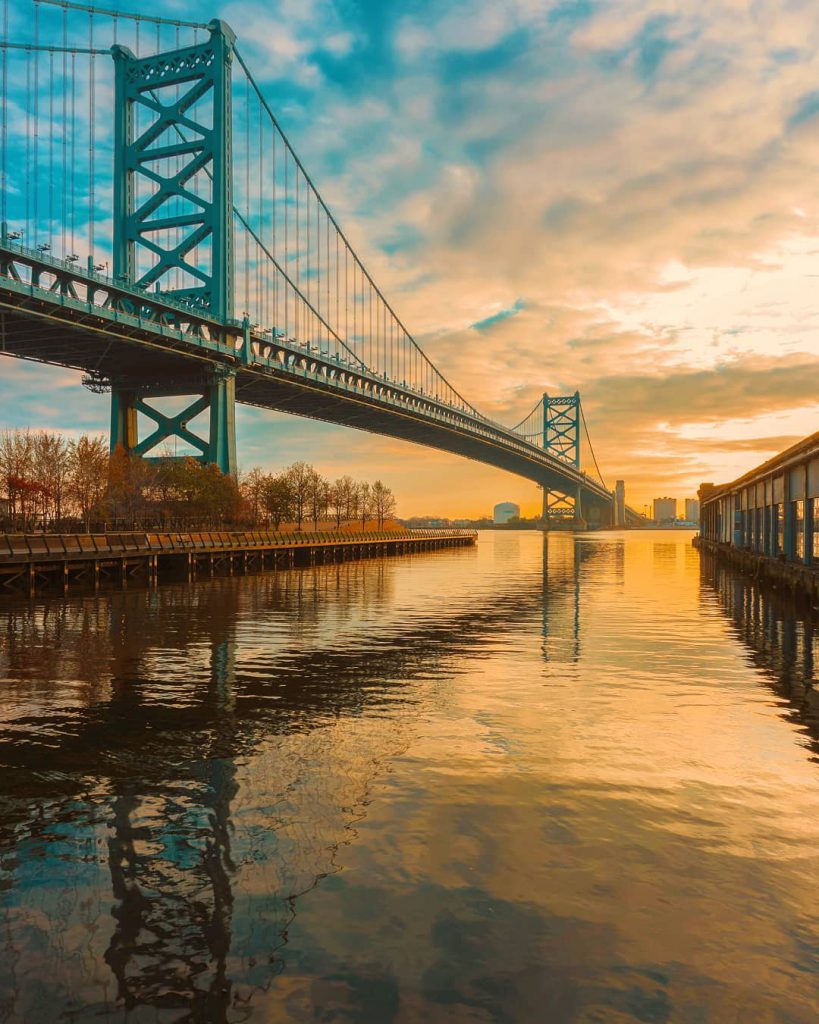 Relax on the waterfront at the Race Street Pier. It’s situated right in the Ben Franklin Bridge’s shadow, so you can get some great shots of the sun peeking through. By @jasoncoopman 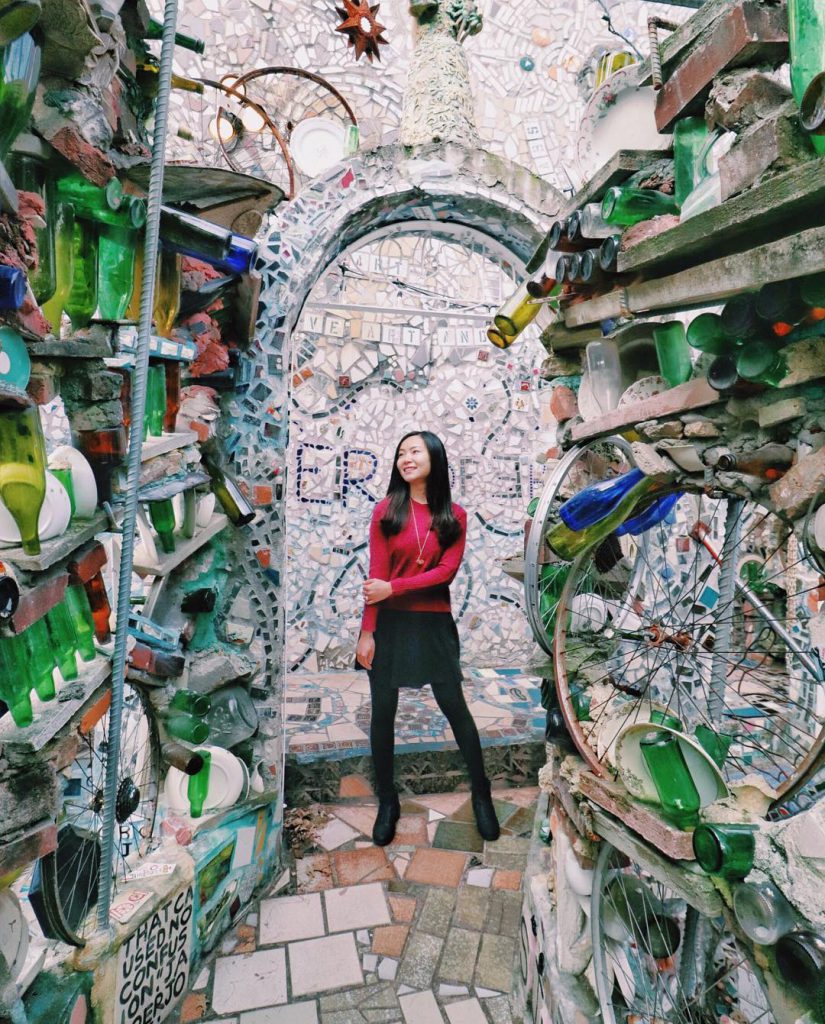 This outdoor art space is on a lot of lists for things to do in Philly – and for good reason. Magic Gardens spans three city lots and incorporates different mediums – like bicycle wheels, kitchen tiles, and mirrors – making this art space perfect for all-day exploration. By @wendan.vs.world 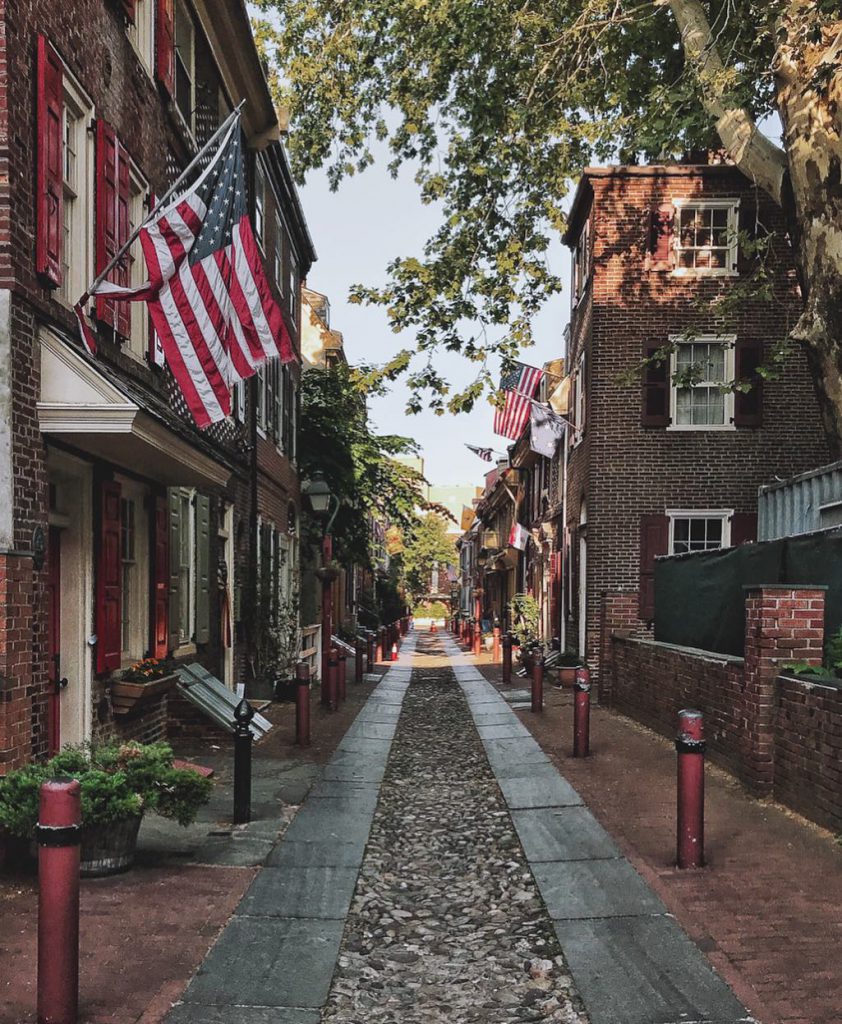 This tiny, quaint street in Philly’s Old City neighborhood is the oldest residential street in the United States! Thanks to the Georgian and Federal-style homes as well as the cobblestone street, you can be transported back to the 1770s. By @_wanderlustandwhiskey 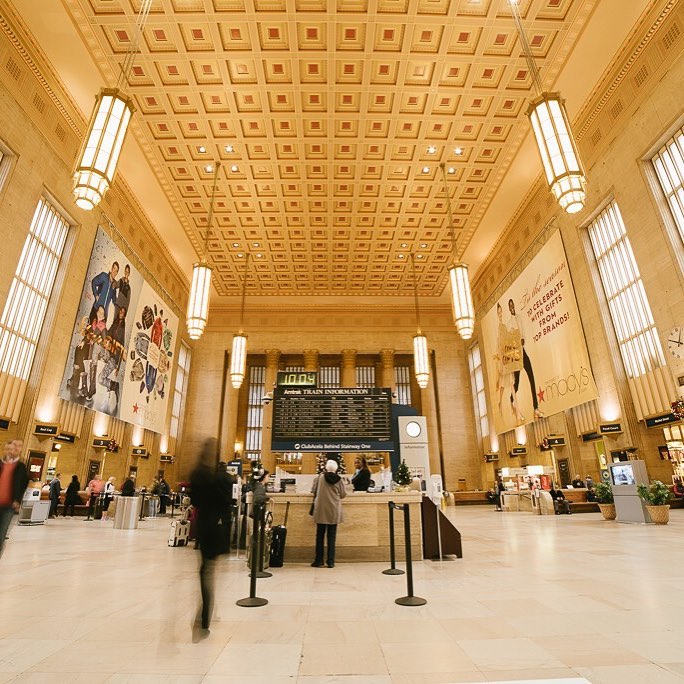 If you’re traveling to Philly from out of town, you may be coming into 30th Street Station, Amtrak’s third-busiest station. Before you leave, take note of the cavernous lobby and art deco decor. Until recently, 30th Street Station still used an antique Solari board that updates by flipping the letters/numbers and makes a clicking sound; however, it was decommissioned and removed, breaking the hearts of all Philadelphians. By @coryjpopp 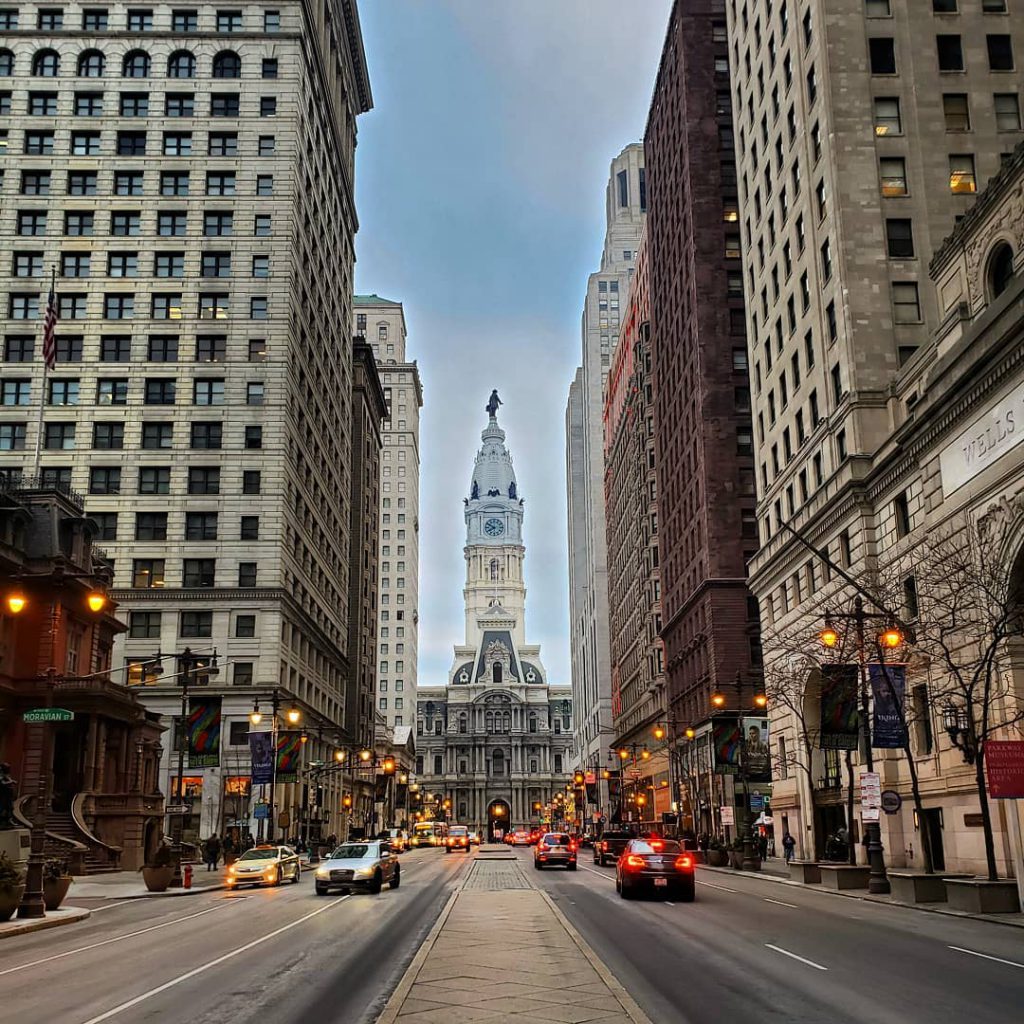 Head down Broad Street and you’ll see City Hall plus, more importantly, the statue of William Penn, Pennsylvania’s founder, atop it. Fun fact: when originally built, a “gentleman’s agreement” was put into place to never build higher than the statue. That ended in 1987 with the construction of One Liberty Place and so started the famed “Curse of Billy Penn,” in which no Philadelphia sports team would win championships. The curse ended in October 2008 when the Phillies won the World Series. By @mariaficca 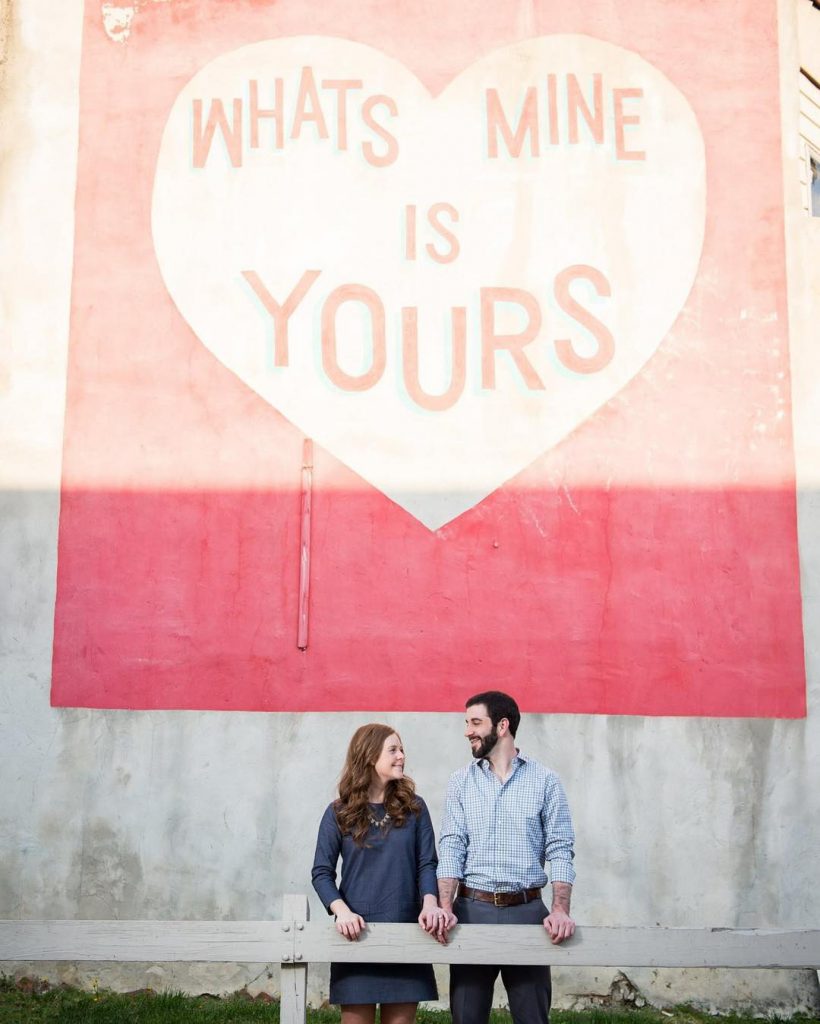 Sponsored by Mural Arts, A Love Letter to You is the work of West Philadelphia-born Steve Powers. It’s comprised of 50 rooftop murals from 45th to 63rd Streets – each leaving a little love note for the viewer. By @ray.foxy 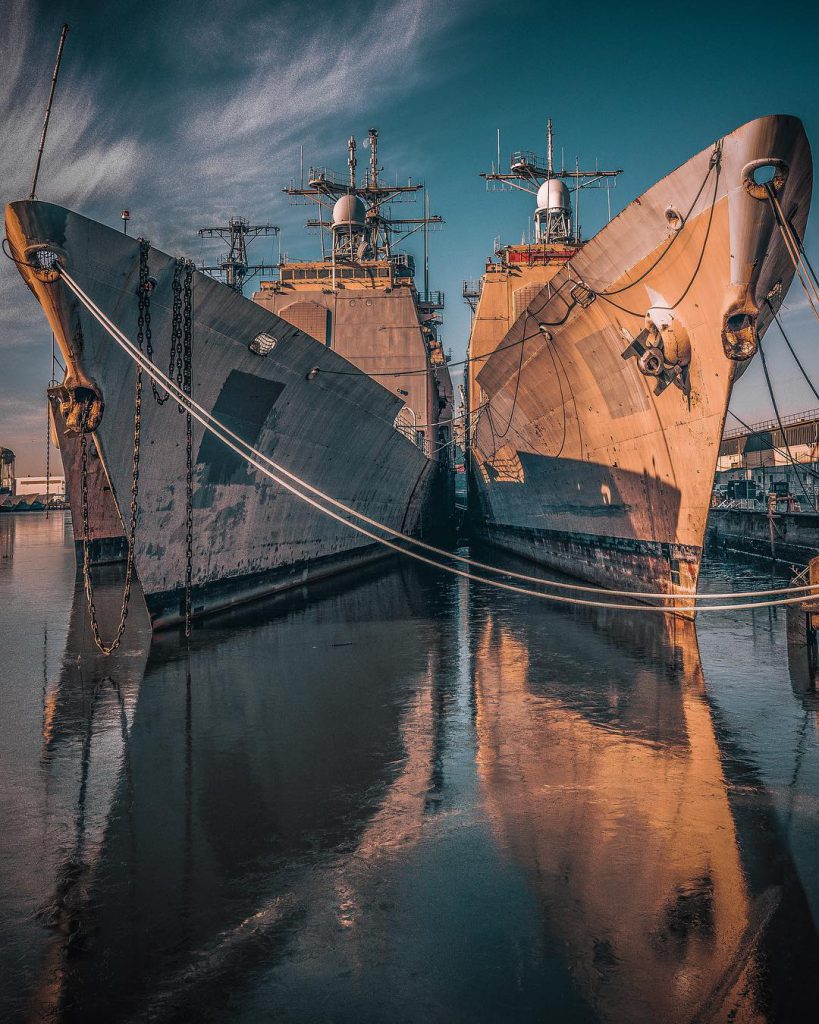 For more waterfront explorations, head on down to the Navy Yard. A naval shipyard for almost two centuries, it’s now a large industrial park that’s becoming home to more residents and businesses. By @quenchmethods 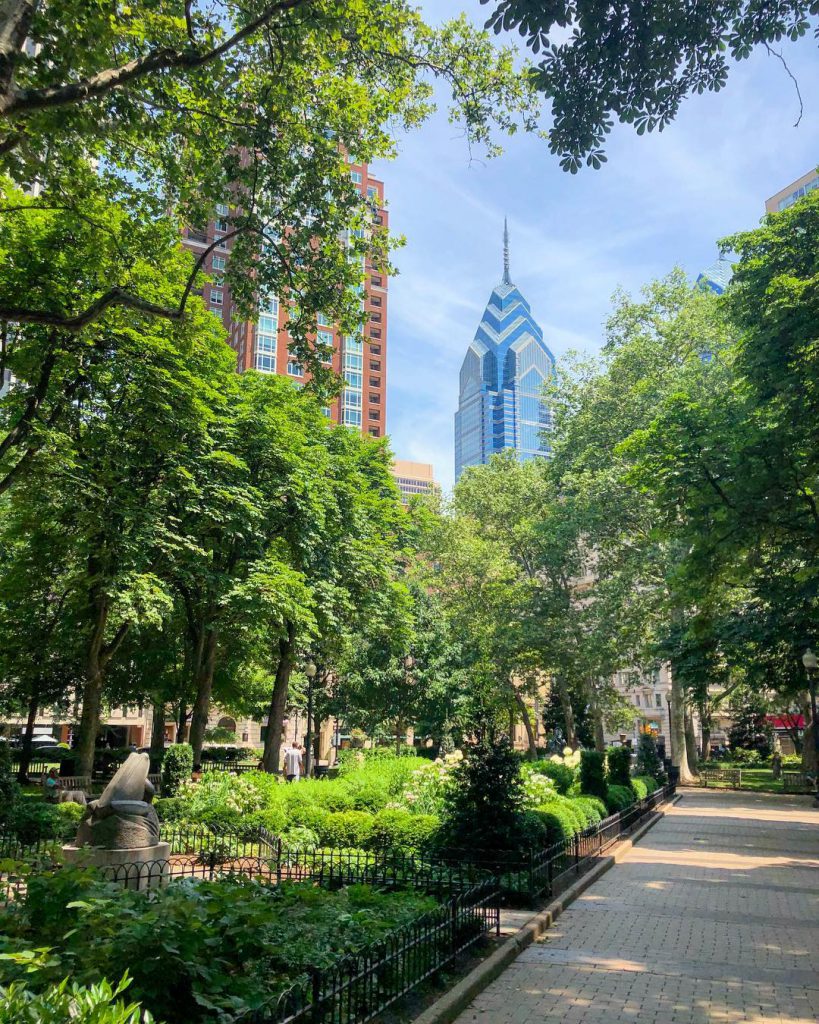 For a picturesque park, walk around in Rittenhouse Square, one of five original squares planned by William Penn himself. Surrounded by charming townhomes, amazing restaurants, and high-end boutiques, the Square itself is one of the most popular places for Philadelphians to relax. By @visitphilly

Have any Philly travel plans? Tell us your favorite spots!

Thanks to @jamestagraham for our top photo!